From Nomad to Entrepreneur and Back: The beginnings of Nomad erpCommerce 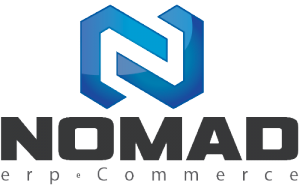 Here’s how he created a solution that allowed the pillow company–and now other small to mid-sized manufacturers–to compete on a large scale.

In 1998, at age 19, Torre Tribout was restless. “I became bored with life, seeing the same people and the same scenery. It was time for a change.” A finance major at the University of Missouri who had lived in the St. Louis area all his life, Torre thought a semester studying abroad in Europe would offer some new inspiration.

Having worked at Merrill Lynch, Torre was fortunate to be introduced to the head of sales in the London office, who invited Torre to work on a trial basis–amongst many ivy league students–on the trading floor in London.

“Being in a brand new environment amongst tough, ivy league-level competition motivated me. I felt that I had to work harder than everyone else to get noticed, and that feeling drove me to succeed,” says Torre.

Ready to start a new, exciting life and upgrade from his 8ft by 10ft rented summer living space, Torre encountered a setback–he couldn’t get a UK work Visa. So, Merrill Lynch sent Torre to the New York City office instead, where he would have to take a step back and undergo a rigorous interview process, despite the fact that he had already been chosen for a position. Another setback–Torre didn’t pass the New York interview process.

“I went back to St. Louis, but I didn’t exactly want to be there. I felt that there was nothing for me there career-wise because there are no major financial institutions in the area.”

Fresh off a major disappointment and with no real prospects, Torre was momentarily stuck–until his mother mentioned her idea of starting a decorative pillow business. “My mom had been thinking about starting a pillow company for some time. When she brought it up again, I said, ‘Ok, let’s do it, and I’ll run the business.’” And so, in 2000, Caroline Cole, Inc., a manufacturer of high-end decorative pillows–and an entrepreneur–was born.

From a nomad to a manufacturing entrepreneur

“Believe it or not, there was actually quite a good market for these high-end decorative pillows,” says Torre. “The first trade show we went to was in Atlanta. We had a small 8ft by 8ft booth–and we sold $20,000 worth.”

A just-in-time manufacturing business, Caroline Cole manufactured its pillows once an order was received. This required the right amount of materials and staff to produce on-demand, and with an average of 5 different fabrics per pillow and 50 yards of fabric each, forecasting sales and material requirements was no small feat.

Caroline Cole soon expanded its team and added 20 sales reps and 15-20 sewers. The catalog of products grew to 300-400 pillow designs, and was continuously refreshed to keep up with changes in trends and demand. “We switched out 30-40 designs every 6-8 weeks, so our catalog had to change, too. Taking into account photography, layout and printing, each catalog cost about $2 to print, and we reprinted every time we switched out designs.”

While product lines were refreshed and pillows produced, the Caroline Cole sales team was on the road, taking orders. With the continuous change in product lines and difficulty in communicating inventory and availability, more issues arose.

“The sales team would tell customers that items were in stock that weren’t in stock or sell discontinued items because they didn’t have up to date information. They’d promise a shipment at a certain time and we couldn’t keep that promise.”

To manage its accounting processes, Caroline Cole was using Peachtree Accounting software. “At the time, Peachtree Accounting and QuickBooks were the common accounting software tools for small businesses. But they weren’t built to handle all of our needs and had shortcomings as far as manufacturing and inventory functionality.” In search of a solution that would help to better manage the business, Torre got in touch with Tod Replogle, now President of Exceptional Software Solutions LLC, a reselling partner of Exact Macola enterprise resource planning (ERP) software. After about 8 months of consideration, Caroline Cole purchased Exact Macola Progression ERP.

“Macola was cutting-edge; it was the way to go for small to mid-sized manufacturers like us.”

From a manufacturing entrepreneur to Nomad

As ERP gave Caroline Cole a better handle on forecasting, inventory and accounting, Torre set his sights on a better way to communicate this valuable data to the sales team. He began creating a new web tool using Classic ASP that would allow the sales team to view select data from the ERP–including material inventory–by logging into a website. This way, when taking orders on-location, the sales team could communicate to the customer if and when an order could be fulfilled. The site also provided a more efficient way to view data internally, as Exact Macola Progression required navigating to three different screens to gather the necessary info.

This idea quickly evolved to allow the customer to view the data on their own through the website, so they could see what items were in stock.

“The outcome of having this site and having customers use it was that internally, our time was freed up to do other things like ship product and order materials rather than take phone calls regarding inventory from the sales team and from customers.”

With the success of the site, the next logical idea became: if customers can see what items are in stock, why not let them order too? Then, the next idea: why not show customers their account information such as order history, tracking numbers, invoices and more?

“We now know that the key to a successful website is to give the customer important, valuable information so that they’ll come back to the site and become a repeat customer. Otherwise, why would someone visit your site? Take banking websites for example. Before you could access your account information on your bank’s website, you might’ve visited the site to get the bank’s phone number so you could call and ask about your account, but that was a rarity. Now that all of my information is available online, I almost never call my bank, but I visit their website almost daily.”

While Torre never intended to start Sniperdyne, a software company, Caroline Cole’s web tool started gaining the attention of other companies that needed a similar solution which allowed customers to see up-to-date and accurate inventory, account information and more by way of the company’s ERP data.

For three years, Sniperdyne sold the tool, called Asimilate, via word-of-mouth. “It seemed like it would be simpler than it ended up being, as by nature ERP data is very detailed. Every company is run slightly differently in regards to their processes and little bits of ERP data. All of these intricacies became customizations to Asimilate, and each project sold became a custom piece of software.”

At its core, Asimilate was a valuable, highly sought-after solution. But the delivery model was not sustainable. “The solution was to take what we’d learned and rebuild the software so that it’d be easier to update and customize.”

So, in 2011, Sniperdyne brought in new developers and began creating a new solution built on a .Net framework. And in 2014, which was 14 years after the inception of the idea of a web tool for the pillow company, Nomad erpCommerce was born.

The revolutionized design included the creation of a database independent from–but synchronized with–an ERP’s database, allowing Nomad to update and customize much more easily through a connection called an ERP map. Because of the addition of this ERP map, where Asimilate only synced with Exact Macola ERP, Nomad can synchronize with virtually any ERP.

An education in eCommerce for small businesses

After 14 years of developing a solution that he thought would be simple, Torre hopes his story will help other small businesses avoid the pitfalls of attempting to connect ERP data with a traditional eCommerce site.

“At Sniperdyne, we get calls all the time from businesses who have just built an eCommerce website or are in the middle of building a website, and decide that it’s time to integrate it with their ERP. They assume it’s simple like I assumed it’d be simple to get data in and out of the ERP through the eCommerce site. At that point, it just can’t be done without abandoning the project altogether and starting fresh, or going 10 times over budget trying to integrate after the fact. Unfortunately, it’s not as simple as connecting two dots.”

But now, thanks to an ambitious mind that found its way back to St. Louis and 14 years of hard work, other small businesses can benefit, like Caroline Cole did, from an erpCommerce site that provides customers with valuable information while reducing administration time–at a fraction of the cost of a traditional eCommerce and ERP integration.

“Caroline Cole went from a $1 business to a $1.5 million business by continuously questioning why things were done a certain way, and challenging ourselves to come up with a better way. It’s how innovation is born.”

To learn more about how our manufacturing and distribution customers utilize Nomad’s eCommerce and ERP integration, visit our website.